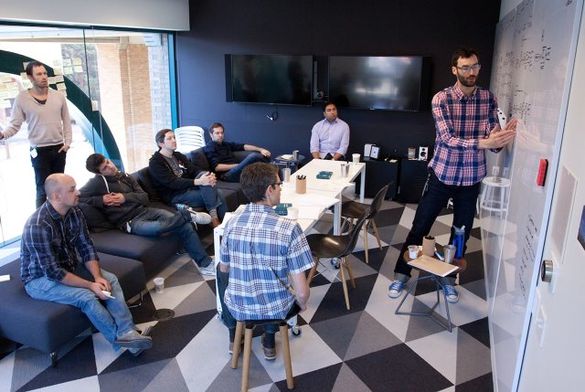 Mon Apr 14 2014
By: Tom Shaw
Last week I came across a great article featured on Fast Company Design (a must read for anyone interested in design) from Jake Knapp: a design partner at Google Ventures, highlighting the importance of having a "War Room" for your design team.  In the article, Knapp states three main reasons why "War Rooms" work so well:


In the article, Knapp states a key ingredient of a great war room is "lots of surface area."  "In a design sprint, it's common to have many things at once: user story diagrams, research notes, printouts of the existing UI, sketches of possible solutions, a detailed storyboard, and sometimes more.  To accommodate all that stuff, you need a lot of space."  Knapp says the best kind of whiteboard to maximize space are floor-to-ceiling wall-mounted whiteboard panels like the Magnetic Whitewall Panels featured in the images and videos above and below.