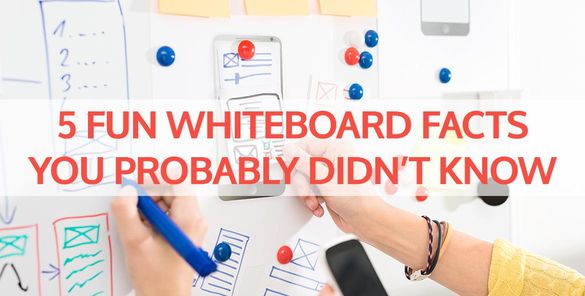 Thu Nov 2 2017
By: Mike P
With over 50 years experience in whiteboard manufacturing, we’ve happened to pick up a few surprising bits of information surrounding one of our most popular products. So without further ado, here are five fun whiteboard facts we’ve picked up throughout the Magnatag journey.


If all this whiteboard talk has you thinking about how you can use a dry erase board in your office, feel free to check out the rest of our website for over 2300 unique whiteboard systems.
Categories:Whiteboard / WhiteWall®