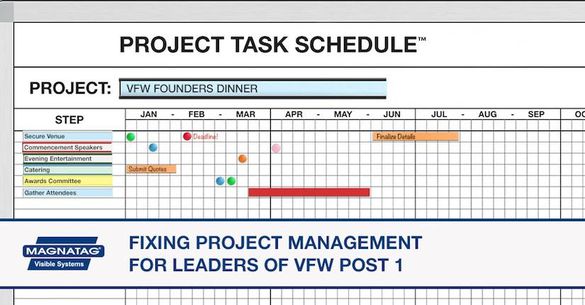 Tue Jan 10 2017
By: Mike P
To many veterans across the US, the VFW deserves to stand as something more than a place to hangout; it should be a place of warmth and community engagement.

The truth is: Hundreds of VFW’s across the globe are experiencing a dwindling membership shortage. Younger veterans are not as incentivized by the simple offerings of liquor and camaraderie as they once were.

It’s a mindset that’s become of key importance to the operators of VFW Post 1. The post—which was created in 1899 and is located in Denver, Colorado—predates the official recognition of the VFW program that began in 1913, making it the oldest VFW post in existence. Home to over 1,000 veterans across the globe, the post has recently re-energized its focus on providing services to veterans in need, in hopes to revitalize the popularity of the VFW program.

Michael Mitchel, a retired Aviation Mechanic for the US Navy, serves as both the Commander and Board of Trustees member of VFW Post 1. Having been with the post as an elected officer since 2002 and stepping in as Executive Director in 2013, Michael—in addition to the nine other VFW leaders associated with Post 1— has overseen the event-centric culture transformation that has made the Colorado-based post one of the largest in the US.

Weekly yoga sessions, movie nights, and an assortment of networking/workshop opportunities are now scheduled regularly throughout the month to provide members with a chance to get directly involved with the community. Every event revolves around the continuing effort to bring an effective form of advocacy to the 21st century veteran—a touchstone the Post is quick to point out on their company site.

Part of Michael’s responsibility as Post Commander/Executive Director is to manage the events as they develop throughout the calendar year. This involves coordinating projects with members of leadership from their initial point of conception, setting up fundraising events throughout the community, and seeing the event all the way through to the day-of:

“We have a variety of additional projects and events that we have to plan in addition to the regular yoga and career development meetings we hold throughout the month. Given that our post is of great historical significance—with a very large membership base of around 1,000 veterans from across the US—we find ourselves putting on more events than your typical VFW. For instance, every year we host the Founder’s Banquet, which tends to have a global reach due to the historical nature of the post itself. Just last year, Astronaut Scott Kelly was sworn into VFW Post 1 from the International Space Station during the dinner service. So as you can imagine, there was a lot of project management that went on behind the scenes to make sure it came together smoothly and in conjunction with the other events that we had planned for the year.”

Up until just recently, entirety of the VFW’s project management was handled directly in the notepad of Michael’s cellphone. Entire projects, events, and deadlines were arranged in a list format only to be accessed via an email attachment that was resent throughout the leadership team after every individual update. Emails went unnoticed, projects were left unmarked, and the status of projects was often left in the dark. It was clear that for a team of ten individuals—each of which were responsible for multiple jobs in addition to overseeing the project management cycle—the complexity involved with the coordination of events had to be reworked.

Michael spent 2 ½ weeks researching the best tool for the job. After scouring though hundreds of project management alternatives, it was decided that no other tool offered the same amount of visibility and ease of use as the Magnatag 52-week Project Tasking Whiteboard.

“I really wanted something that was visual. I’m a very visual person and to be able to have something that I can track multiple projects on while still being easily accessible and readable at a glance was a huge plus for me. Right now we have so many events that are already in the planning stages: there’s a WWI art installation for 2018 which is still a few years out, but in the more immediate future, we received a generous gift from a local company to replace the roof on our building; that’s something we’re focusing on as we speak. These are two projects that are essentially years apart, but due to the way projects are coordinated, they see a bit of overlap. So add the accessibility of scale alongside the fact that Magnatag is a veteran-owned company that manufactures everything here in the US, and the decision was a no-brainer for us.”

Working as a centralized point of communication for ongoing VFW projects, Michael and the remainder of the leadership team have found that the whiteboard serves as a constant reminder as to when goals need to be completed. If you'd like to learn more about Magnatag's collection of project management whiteboards and how they can work for you, visit our website.
Categories:ProductivityPlanning