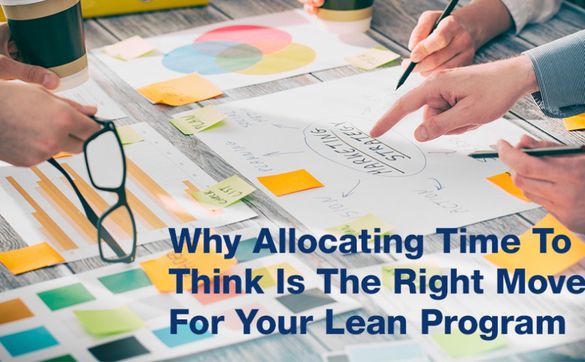 Wed Aug 10 2016
By: Mike P
A crucial part of running a successful business is your organization’s willingness to grow. In recent years, a variety of industries have turned to the likes of Lean Six Sigma in an effort to strengthen and develop their organizational culture. By keying in on the coveted methodology that relies heavily upon the principals of continuous improvement and strong leadership, many leaders envision breaking away from their lackluster performance goals in favor of achieving significant results. Unfortunately, over 80% of all lean startups—regardless of industry—end with a failure.

“Failure should be our teacher, not our undertaker. Failure is delay, not defeat. It is a temporary detour, not a dead end. Failure is something we can avoid only by saying nothing, doing nothing, and being nothing” —Denis Waitley.

I’ve seen some people in the lean community reference the quote above, specifically when discussing a lean journey that’s gone south. The point to be made is that even in points of failure, there is something to be gained. The only way to truly fail at something is by making an active effort to avoid searching for answers.

Chalking up a botched lean journey to a mere “lean just doesn’t work for us” is not only an indicator that you may have gotten into lean for the wrong reason; it’s also downright lazy.

Rather than attributing this unsuccessful turnaround to the program itself, perhaps it is best to start looking elsewhere: Maybe rushing ahead with Kaizen events prior to executing a plan of action for your program was a misstep? Or was it that the idea of cost cutting had been taking precedent over a method of systematic thinking? Better yet, did you ever set up a plan for sustainable process flow?

It’s no secret that the vast majority of lean startups aren’t working. There’s more to Lean than cost cutting, and it’s due to this preconceived concept of driving for instantaneous results, that many startups fail. You’ll often hear team leaders talk about why they thought striving towards a Lean Six Sigma program for their production facility was a good idea, but rarely do you hear the same case being made for a management system.

The point is: There needs to be a distinct purpose—outside of simply increasing production output—for what you are trying to accomplish with your Lean Six Sigma program.

The planning process is one that is often overlooked by many as they begin their Lean journey, and is one that surely cannot be stressed enough. There’s no shame in taking time to assure you’re properly equipped to deal with change. Magnatag offers a variety of magnetic dry erase boards and supplies built with Lean programs in mind. Stop by our site and check out some of the most popular Lean tools on the market!
Categories: