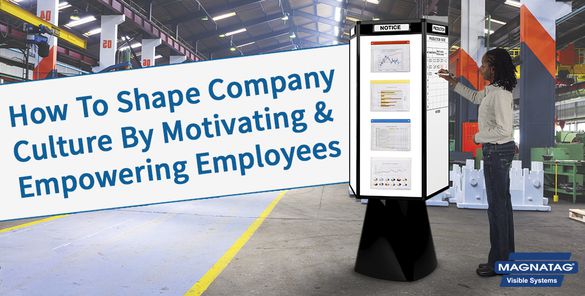 Fri Aug 3 2018
By: Mike P
According to an article published in the Harvard Business Review, an estimated 75% of B2B customers rely on word of mouth when making purchasing decisions. For OEM manufacturers like Tapecon Inc, this means nothing is more important than focusing on quality in their production efforts. Located in Buffalo NY, Tapecon’s 90,000 square foot factory specializes in manufacturing prototypes, components, assemblies, and full production services involving custom materials converting and specialized printing.

Over the past few years, the company has made significant strides to improve quality in their factory by executing a “huge push” for culture improvement. The idea behind this movement—as described by Tapecon Supply Chain Manager, Greg Davis— was to “reinforce the company’s core values [which are]: learning is a lifestyle, embrace the challenge, improve it, and collect and collaborate.” Each value is designed to play a part in building a factory centered around continuous improvement and innovation. For these values to have a significant impact on Tapecon’s production efforts, employees need to be able to embrace and own the company’s core values.

Every week, the facility holds mandatory meetings for all employees to review SQDC metrics and partake in peer nominations. With each meeting totaling somewhere around 15 minutes, the goal is to address how employees are using the company’s core values to enhance production. If someone notices a co-worker exemplifying one of the company’s core values, they’re encouraged to nominate that person as a “culture champion.” A “culture champion,” as defined by Davis, is “someone that actively demonstrates our core beliefs, setting an example for others to follow.”

Before a few months ago, Tapecon held their meetings in front of a large whiteboard—which worked well; the company had a single, dedicated space to conduct their meetings. The only issue with using the wall-mounted whiteboard as a tool for peer-to-peer nominations was that the board was not accessible. To nominate a co-worker, operators had to leave their machines and walk across the factory to write on the board.

In an effort to make sure employees were able to nominate their co-workers without losing productivity, Tapecon reached out to Magnatag Visible Systems. After speaking with a Visual Systems Specialist, —a name Magnatag uses to refer to their team of product knowledge experts—Greg and the rest of his team found a solution: Magnatag’s RotoCube® Bulletin Towers. Designed as a way to take information off the wall, the RotoCube condenses a 4’ x 6’ whiteboard into a 31” footprint using its unique 5-sided design. The dry-erase tower rotates with the touch of a finger and can fit in virtually any space.

With RotoCube now fully integrated into Tapecon’s culture improvement initiative, Greg and the rest of his team have been able to improve employee morale without jeopardizing production efforts. “We have the RotoCubes right on the floor, so anyone can walk right up to the board and submit a “culture champion” nomination. We use the other remaining four sides of the tower to address elements of our SQDC process and keep everyone aware of how we’re performing. We’ve been able to save a ton of space and avoid overcrowding on the floor with the RotoCubes.” With the wall-mounted board no longer needed for meetings, the Tapecon team has repurposed the surface to work as a root-cause analysis system and further develop a culture that prioritizes innovation and continuous improvement.
Categories:Factory and Production